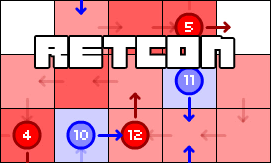 Another month, another jam, another crazy physics game. In the beginning, this one was inspired by the awesome Drei, but it quickly steered away from that and became something… uh, else. I dunno. 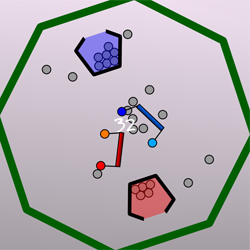 You control two balloons attached to a paddle.

Use it to get balls in your colored bottle!

Or you could just remove the ones your enemy has…

A few months ago, a Mini Game Jam. The theme was “hiding”, and the artist Leith Gow and I made a stealth duel game for two players – on two monitors. 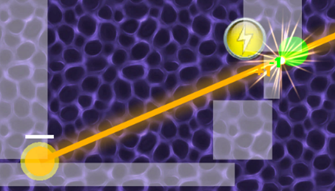 Lurk in the shadows.
Lie in wait. Ready your laser.

Feint. Grab the points.
Be aggressive.

A Stealth Duel Game for 2 players with
XBox360 controllers and 2 monitors.

Two monitors made possible by SoftTH. 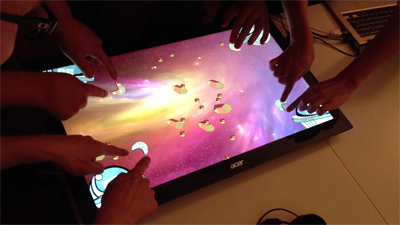 For our March Berlin Mini Game Jam, the themes were amongst others “Thievery” and “Noise” – and that’s what my friend Dominik and me combined into an ultrasonic burglary simulation: 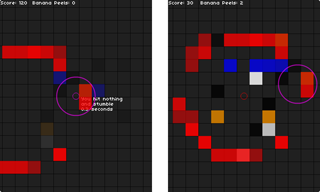 A dark room, full of jewels – and stuff to run into.
Luckily you have your ultrasonic locator to “see” in the dark.
A few moments later, you realize you’re not alone.
You ready your bludgeon…

This game employs a Hidden Information Split Screen™ (which can optionally be simulated by having two monitors): 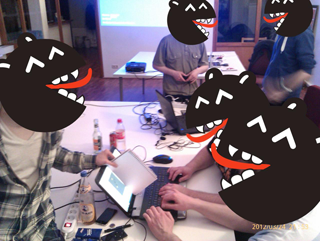 Hey folks, it’s history time! I have some old (and fairly new) prototypes and mini-games that I never published – so far, that is. So here’s our first installment in the series! 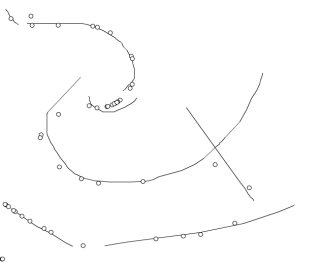 I did this for the 2nd Blitzkast, ignoring the optional topic. There are balls, and you can draw lines to affect them. It might become something like a shooter and/or a tower defense game if I ever decide to get back to it.

Here are the different versions, as always directly playable in your browser:

After skipping December, even the Global Game Jam in two weeks couldn’t stop us from doing our own Mini Game Jam yesterday. 13 people assembled in the co.up coworking space and in 8 hours, multiple game prototypes were created for either the topic “Future” or “The End is the Beginning”. Here’s mine. 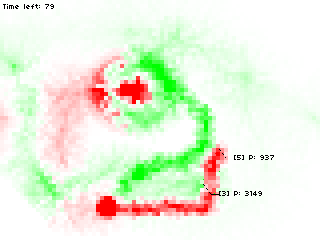 In the future, a sport called “Extreme Painting” is all the rage:
Two contestants are equipped with particle cannons and try to color as much of a field as fast as possible, only stepping on their own color.

Each field which has your color is one point, independent of how strong the color is.
But the stronger the color, the harder is it for your opponent to erase it. 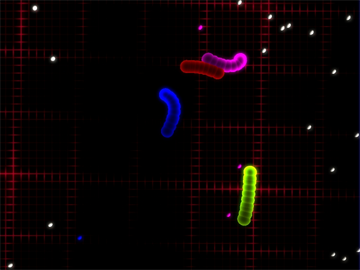 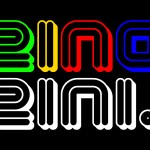