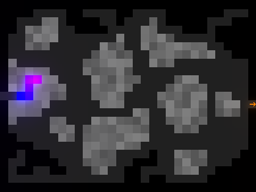 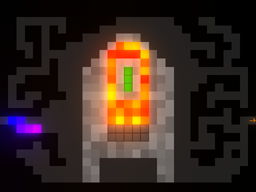 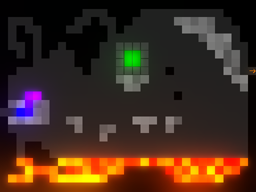 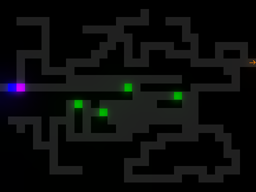 A month ago at the last Berlin Mini Game Jam, I set out to experiment and get acquainted with the Tobii EyeX which can track where your eyes are – and more importantly, where exactly you look on the screen. The obvious thing would be to use that gaze tracking, but out of ideas and inspired by Amazon Fire Dynamic Perspective, I tried to use the actual eye tracking to make the monitor behave like a window into a real-life scene.

My goal was to create the illusion of actual 3D, but maybe due to my scene not being very exciting that turned out rather boring. It looked a bit more interesting once I dropped the “real-life window” idea and made it more a “choose your perspective with head movement” control by exaggerating the movement. By then, I had only half an hour left and no gameplay, so I did the obvious: I added polka and bouncing balls that shoot where you look! Maybe it could have been an interesting horror game with good assets and actual gameplay – although for an immersive perspective horror game, I would probably rather use an Oculus Rift.

And man, it’s hard to come up with good ideas for this device. While eye tracking is widely established for user testing, it’s rather new when it comes to being used in games themselves. I certainly don’t make it easier for myself with my rules for experiments with new technology:

Eye trackers seems to be more suited for passive or highly situative supporting roles – targeting, for example, seems to be easier and more precisely done with a joystick or a mouse for most purposes. But by now, I have a really cool idea that I want to experiment with next time. Can’t wait until I get a new laptop with USB3 so I can try my hand at eye tracking again!

For a university course, I was tasked to make a thing with JavaScript/Crafty. Since I am not particularly fond of HTML5, I wanted to do something playful that I couldn’t do with any other technology. Please welcome with me: webcat.

1) Take this link up there and drag it to the bookmark bar or favourites.

2) Go to some other page (Wikipedia works well, for example).

There isn’t anything to do but running around and double-jumping, but hey, now you can add a cat to any webpage you want! 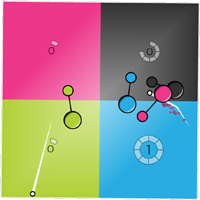 Many moons ago, when the earth was still young and Astrid and Pete still lived in Berlin, Heiko, Kelsey and me formed a jam team with them – a team whose epic adventures will be told throughout the centuries. We also made a silly little jam game for a theme long forgotten: 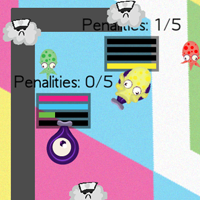 You’re trying to collect all the colors!
Sadly you can’t suck colors yourself.

Cuttlefishs to the resue! Don the right cuttlefish
to fill your color reservoir in the respective zone.
Also do the reasonable thing: Let him spit ink at your opponent!

But beware of the police clouds, giving fines to everyone
who is in the wrong color zone with a cuttlefish.

A super serious game for two players
on keyboard or XBox360 controllers!

I have no idea what we were thinking. Don’t ask. I regret nothing.