Another Berlin Mini Game Jam was upon us, so I thought I’d prove once again that I have no sense of how much time certain things need whatsoever. I had the feeling that making a Kinect game would be a good way to do that, and together with Heiko Weible and graphics by Jana Leinweber I actually finished not too much after the allotted time frame. 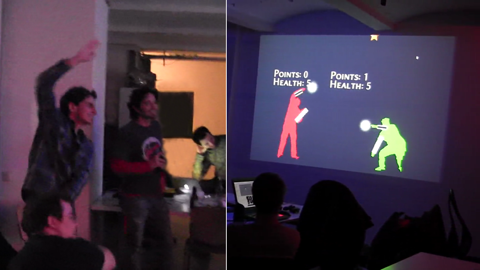 You fasten the grip around your gun and
check your shield once again: Everything’s fine.
You’re ready.

Will you shoot down your enemy?
Or collect enough stars to win?

Whatever you goal is, do your best to win in Kinect Artillery!

I’m quite proud with how that turned out. Obviously we didn’t write all the code in the 9 hour timeframe, but I think it’s still an impressing feat to pull off – and it plays fine. While it’s a bit awkward to turn to the side, seeing your silhouette following your motions is very satisfying, and the general look works surprisingly well. 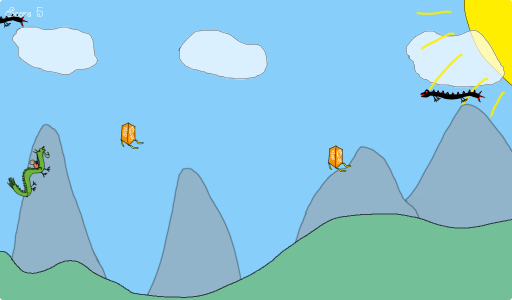