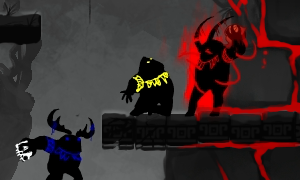 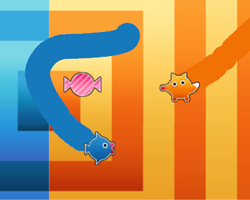 Ludum Dare 25 is over and I cannot wait to go to bed, but first I wanted to publish my game here too!

Explore the premises. Evade the guards. Pick locks.
Steal the treasures! And then escape with them.

Burglary, an action/stealth game about stealing from
the rich and giving to those in need: Yourself.

Play the game on Kongregate!

Made completely in 48h – well, according to the Ludum Dare competition rules. I obviously used some base code and publicly available libraries. Apart from that, everything (but the preloading graphics and a very small generic shadow tiles bitmap) was made by yours truly in the 48 hours: Music, sound, graphics and code.

Here’s an old one I never posted, and it’s about time – it’s really cool! So now without further ado, enjoy “Winter Sports: Ice Skating”, a heart-warming minimalistic game made for the TIGS Advent Calendar 2011 in about 16h. 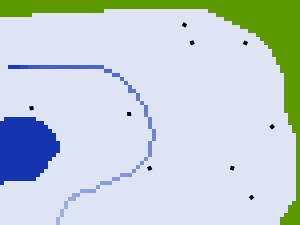 You are ice skating and try to relax,
but these rude other people are making so much noise.
You are fed up, don your ice slicing skates,
and do the only reasonable thing:

You let them fall into holes in the ice.

Make holes by crossing the line you’ve sliced in the ice before.
The holes freeze again over time, but until then, try not to fall in yourself…

Play the game now directly in your browser!