Alright, next batch of generative sketches coming up. Grab them while they’re hot!

This is the first time one of my artworks is inspired by music! The song in question is Das Kollektiv by ASP. I’m taking a fairly literal interpretation of a swarm of little entities in between the walls, sucking out the essence of the “guests”. The images are pretty dark; you might need high contrast settings. 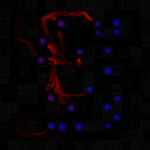 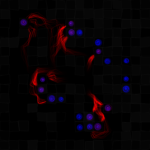 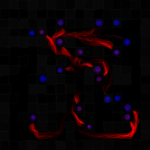 This next one isn’t just inspired by music, but directly driven by it! There is already a post about it, so I’ll just post the visuals here.

Here is a video using a shortened version of Push Every Button by Lapfox: 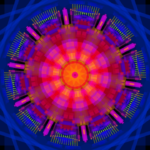 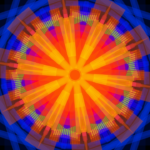 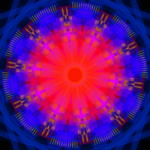 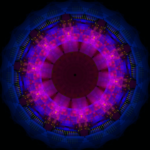 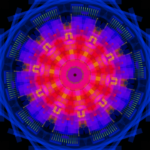 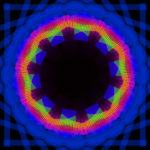 When making Into Oblivion, I was a bit frustrated that it was rather hard to gain good information from the FFT analysis and that it was utterly impossible to find which instrument was playing. And then a friend told me about MOD music.

Unlike audio files like mp3, module files aren’t rendered down to just the audio information. Simplified, they have two elements: A collection of distinct audio samples and tracker information when to play which sample and how to modify its pitch, volume and other properties. So that means if your visualizer is a MOD player, you have all this juicy information available at your fingertips!

So there were a few things I needed:

Since this was my first foray into MOD music visualization and I wasn’t cooperating with a musician, I wanted to keep the visualizer as general as possible; any file that it could play should work. I also wanted to use as much information as possible. In the end, I chose a rotating circular representation divided into slices. Each slice is a MOD channel and each MOD sample was assigned a color. Pitch modifications made the radius go bigger, and everything is pulsating according to the output amplitude.

And now there’s been enough talk – have a preview video and a few screenshots!

The song used are, in order: 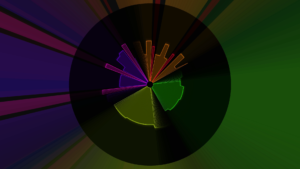 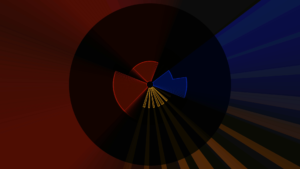 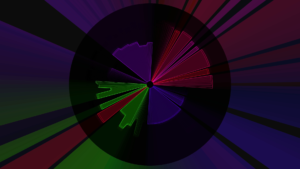 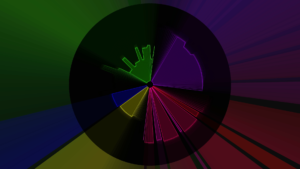 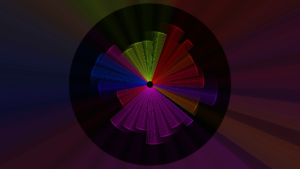 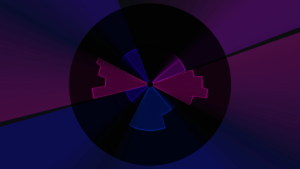 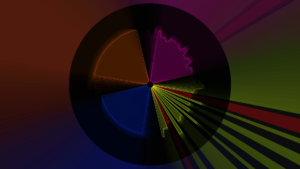 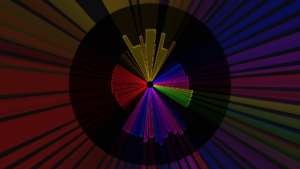 The newest entry in a series of silly animal-themed generative art: An animal music visualizer. Well, it started out as a music visualizer, but I don’t think it would work with many tracks and it needs a lot of configuration. It makes for a fun video nonetheless. I proudly present: Canada’s Marvelous Singing & Dancing Animals!

The song is Python by Rolemusic and the images used are all public domain/CC0.

If any of the animals aren’t Canadian after all, this is an unintentional error; I just identified them by the way they move their snouts.

With my newest generative artwork, I embark into the wonderful world of generative/reaction animations: It’s a music visualizer.

I’ve used spectrum analysis (powered by minim) and Processing to make a reactive artwork. It works especially for songs with breaks and theme changes where it becomes really apparent that the result is really dependent on the currently played music.

If you are Windows, you can download it here – edit the default.xml to use your own music, change the color scheme. Check out the readme for the controls!

The source code is, as always for my generative art in Processing, available at the GitHub repository and open source. You can open it with Processing 3 – just import Minim.

Here is a video using a shortened version of Push Every Button by Lapfox: