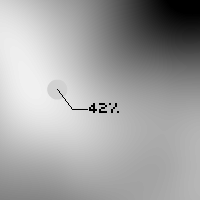 2 thoughts on “Gradient: How Not To Be Seen”