I’m back! Back from one of the greatest events I ever attended: The Global Game Jam 2010!

In a nutshell: The Global Game Jam is a world wide event where participants meet up in their local locations from 5pm (local time) Friday to 5pm Sunday to make games together. You meet up, brainstorm, present ideas and then teams are formed – mostly out of total strangers. It is interesting and intriguing: You have never seen the people you work with before, and now you are working with them under extreme time pressure, to rapidly prototype a new game. Skills are tested to their limit, friendships are formed, creativity is skyrocketing and sleep is a valid but completly ignorable option.

Our location was at the A MAZE. Interact Festival. The fee was only 20€, and alone all the food and beverages we got were well worth it! A big thanks to Marek Plichta, Jaro Gabski and A MAZE for organizing it! You did a terrific job!

So, I will give you a report how it was for me! When I first entered the room it was taking place, I knew absolutly nobody there. Most of the people were talking german, only a few english. First item on the timetable: We should give really short presentations about ourselves. And wow, there were some great things people were doing! At least five people were from the Games Academy (where I would love to be enlisted too, but I don’t have enough money). And there I was, only having done two presentable projects in total, and without that much experience… Well, I did my presentation and it went fairly well.

After watching the Keynote for this game jam…

…we finally got the Theme Of This Year: Deception. Our local constraints were to add one of these elements as well: A key, a monkey or a donkey. Then we sat down in groups of two, developing a basic game idea we can present to the others and convince them to take part in our team – or tell others that you like their idea and you want to make it with them! I didn’t get anything complete done, though I had some vague concepts that I liked, but that wasn’t so bad because the others ideas were so interesting that I would’ve ditched my idea anyway, I guess! :D

After a bit of shifting from one person to another, this fine team assembled:

From the left to the right:

(By the way, this fancy light installation was part of the A MAZE. Interact where we actually were sort of an exhibit. It was funny to see people strolling from the exhibition over to us, sometimes retreating at the sight of so many nerds awesome people, sometimes actually looking around in amazement (pun intended) and asking questions. I remember a particular girl stealing my time most charmingly for over 10 minutes.)

So, there we were! Norberts idea was as follows: The game consists of four players: Red, Green, Blue and Yellow. Around the field were little bubbles in two colors. Two players are assigned to collect balls of a specific color, but the two remaining got the task to support each one of the others, known to no one but each of them. So why is Blue collecting the same bubbles as you? Does he want to help you getting them? Or is he playing for Yellow, and wants to detain you from getting them? To get the bubbles of another player, you can DAAAASH! at them and they drop some of them, open to everyone to collect! So much for the initial idea. Don’t fall in love too much with it though, because it kind of changed along the way.

I would love to give you a day-to-day description, but all days blur into one, so I will just give you some random impressions. :)

At first I thought that it would be hard to divide the work between us two programmers, but it turned out it wasn’t. Most of the graphical stuff I was totally clueless, but code design and game logic are totally my thing, so Lars, our Shader God, was mostly doing the first thing (and how well he did!), while I was doing the latter. Did I mention that we were using XNA and 3d, by the way? I worked about 4 hours XNA before, and neverever did any 3d stuff.

It was very interesting to have game designers in your team. 48 hours are not much, and while programming the game is essential, the result should also be FUN and BALANCED (yikes!) and stuff like that! Having people in the team who always think about this and plan what to do next is so great! Also watching them smile when they see what you just did compensates hours of sleep shortage.

Concerning sleep shortage: Before the Game Jam, I slept for about 10 hours. This was followed by being 21 hours awake (counting since I was awake, not when the game jam started), 4 1/2 hours sleep, 17 1/2 hours working again, 1 hour trying to sleep, and 5 hours up and working frantically to get things done before deadline. So of the 48 hours, I spent about 5 1/2 hours sleeping and 42 1/2 awake. I would’ve never thought I, the late riser in person, could do this! (And afterwards, I slept 24 hours straight. :D )

So after a lot of designing, making music, eating snacks, programming and not sleeping later, we actually got down to have our game finished in time! Not as far was we wanted to, but that was only because we aimed high. 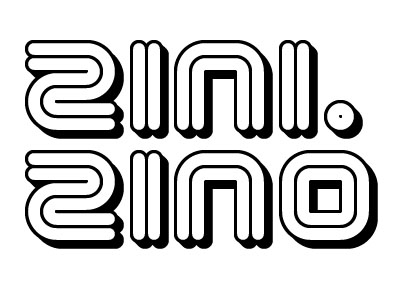 The weekend was definitly worth its time! And now, for the game – click on the image above or here to find out where to play it!