So far I’ve mostly used Processing and occasionally Unity3D for my generative sketches. While I’ve learnt quite a few techniques on how to make things look interesting, I’ve been struggling with making them look beautiful. Processing definitely has the capabilities for beautiful rendering, but so far it seems to be a bit beyond me. Secondly, most of my stuff is 2D and neither Processing nor Unity3D have strong tools for procedural mesh authoring. Time for a new contender: SideFX Houdini!

Houdini is a 3d modeling/animation program with a procedural twist: Every action is saved in a node network and the node/action parameters can be changed or randomized later. That allows for generative artworks among other things. You can also just build the node network directly which feels very much like visual programming.

So this batch contains the first things I’ve ever done with Houdini. Most are inspired by the fabulous Entagma tutorial series.

The first one is based on the Entagma “Poly Rembrandt” tutorial series. The tutorial produces great results, but I was missing that randomization touch that leads to every image generated being different. Using colored noise textures as input instead of images worked quite well for that. 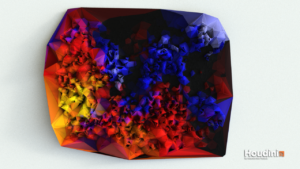 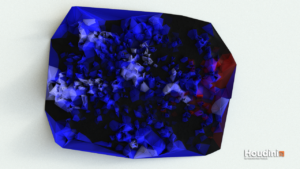 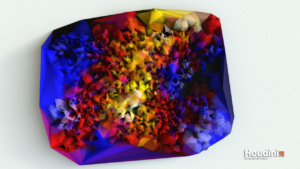 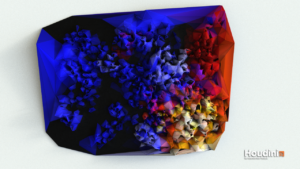 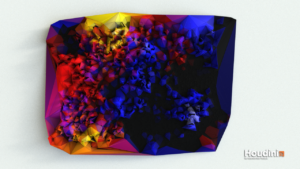 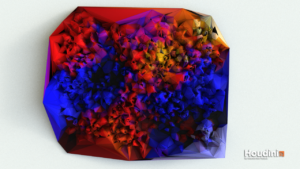 Next up is my first seamlessly looping video! 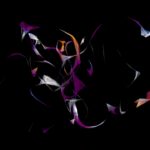 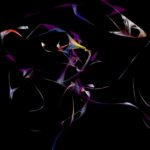 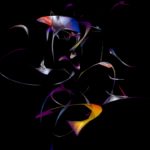 Sadly, I couldn’t find a looping video player. I guess the above GIF must suffice for that; but at least you can see a non-looping sequence in far better resolution here:

After my previous experiences with music visualizers, I tried to make one in Houdini with the help of this tutorial about audio-driven animation.

The tile position changes are animated to the beat of one of the percussion instruments, the jittering is in tune with the amplitude and the color of the light changes roughly according to the frequency of the tune. This is made possible by using a multi-track arrangement I took from http://www.cambridge-mt.com/ms-mtk.htm: Lacuna (Excerpt) by APZX.

It didn’t turned out as impactful as I would’ve hoped – but because of the half-transparent tiles it took a really, really excessive amount of time to render and I didn’t want to redo it.

Next, I discovered my love for melted things with this Entagma tutorial. I also learnt that the recipe for an awesome looking image is 1.) place a light source in the middle of an object and 2.) activate subsurface scattering. 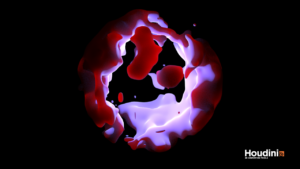 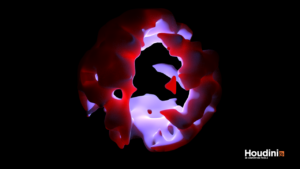 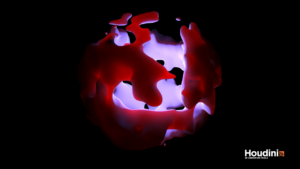 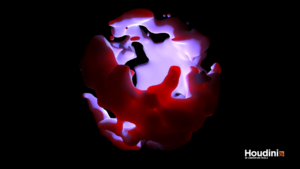 Here I tried to use volumes generated by noise to make a cave with stalagmites and stalactites. Instead, I got this. I think I’m pretty fine with that.

I also learnt how to use the compositing capabilities of Houdini to lighten up the resulting image right after rendering. 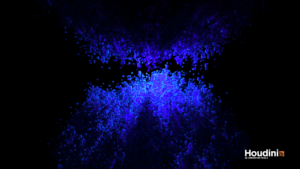 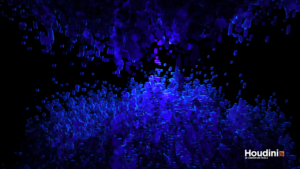 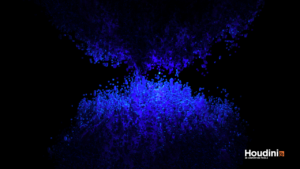 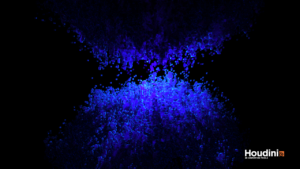 Steel Wool uses curl noise flow around a procedurally generated object. I wanted to use subsurface scattering again, but stumbled upon the metallic effect instead and quite liked it. 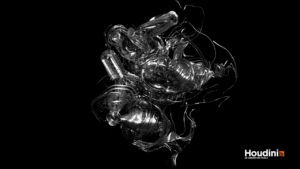 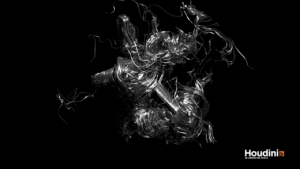 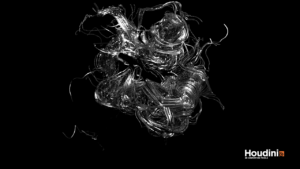 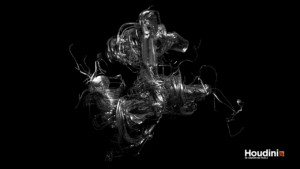 This looks almost more 2D than most 2D stuff I’ve done so far. Mesh splinters, highly transparent and with lighting from behind. 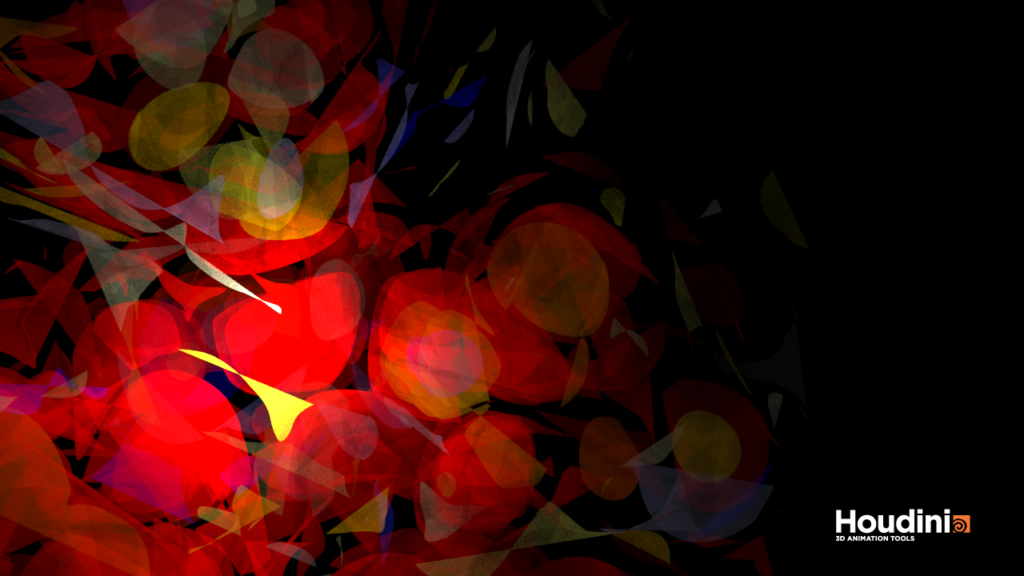 And that’s it for this batch! In case you want to see the contents of any of the Houdini files yourself, just install the free Houdini Apprentice Edition and head to my Houdini GitHub repository to get the project files.